Book Review: The Ride of a Lifetime

The Ride of a Lifetime by Robert Iger 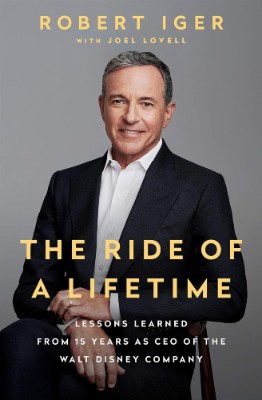 This book is mainly a business biography. There is little in the way of personal detail about Iger himself, which is fair enough. This was disappointing to me because I personally find the value in these kinds of books to not only derive from the business lessons learned, but the thought process leading up to decisions.

It's easy in retrospect to see how, for example, Disney absolutely had to develop their own streaming platform, even if it meant cannibalizing their business in the short-term. Iger talks about seeing the need for Disney to "disrupt themselves".

But how did he realize this? What books was he reading? Who was he talking to? He often refers to an early business lesson: innovate or die. But how did he jump from "innovate or die" to Disney+? To make that kind of move inside a huge, historic company like Disney is truly visionary, and had to require a kind of courage. I was left wanting more insight into the man himself, and didn't get it.

That said, as a fan of Disney, I thoroughly enjoyed the book. The business stories are good. My favorite parts are Iger's interactions with Steve Jobs. Anyone familiar with Jobs will instantly recognize him: not interested in playing it safe, not giving an inch when he has all the leverage, always looking to innovate.

I was emotional as Iger told how Jobs pulled him aside on Pixar's campus in 2006, moments before the event to announce Disney's acquisition of Pixar, to tell Iger that his cancer had returned. It was a moment of great humanity and vulnerability in the middle of a huge business deal, expertly told.